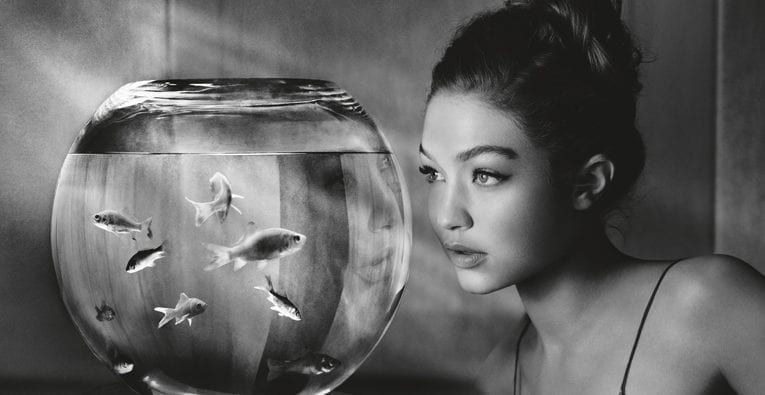 12 photos tell the story of four women’s lives, a story of sensuousness, steadfastness and dreaminess.

The aim of Scottish photographer Albert Watson, the author of the new 2019 Pirelli calendar, was indeed to pay homage to women’s aspirations, desires and connected struggles.
Finding a fitting definition for “The Cal” is no easy endeavour. In addition to marking the days and months of the year, the calendar is indeed a celebration of aesthetics, fashion and marketing. What started as an idea in 1964 to revamp the tyre behemoth’s logo, beyond mere gadgets, turned out to be a winning move, giving rise, in half a century of photos and editions, to an unrivalled ne plus ultra. The Pirelli calendar was the brainchild of the then British advertising manager, Derek Forsyth, who decided to advertise Pirelli’s twelve worldwide bestsellers on the twelve pages of the calendar. At the height of the Swinging Sixties, an emerging London-based photographer therefore took pictures of beautiful, scantily-clad girls of various nationalities posing with the most popular products at the time.
The first edition was rather prudish, but it immediately gave way to that decidedly risqué aspect that was to characterise “The Cal” for years to come. Commonly associated with eroticism, “The Cal” indeed is founded on the glorification of feminine beauty and it is not surprising that it has acted as a springboard for famous top models such as Naomi Campbell. A subversive and revolutionary calendar, launched at a time when showing a breast was considered a morally objectionable act. It is hardly surprising, then, that the furore it caused put the name Pirelli on everyone’s lips. A winning marketing strategy, which also has a highly positive social impact. As a matter of fact, the many Pirelli calendars reflect the history of women, from the conspicuous hips, to the mini-bikini, to the beauty of wrinkles and small blemishes. Years of social history, offered in 12 snapshots that cannot but stand out.
What about 2019? The new year’s Pirelli Calendar does not merely collect photos, but actual ‘little movies’. That’s how Watson himself defines them – as a matter of fact, the 12 months of the year show four women and the four different stories of their lives. Each girl, played by outstanding models, shows her vulnerability and joy, intermingled with the constant struggle of seeking to achieve her desires. And so, 2019’s “The Cal” shows the sculptural and beautiful body of 4 models portrayed in their most intimate spaces, offering glimpses of their innermost soul to Pirelli’s public through the Scottish photographer’s lens. Gigi Hadid will appear as a wealthy, recently divorced heiress, alone in her ostentatious flat, with the only company of her friend, designer Alexander Wang, to cheer her up. We are talking about women who rebuild their life, often from scratch, aware that they must put together the jigsaw puzzle of themselves and trust their closest friends. These women are fragile yet strong, and strive for success and for their desires: as shown by the photos of Laetitia Casta, portrayed in her studio with her dancing companion Sergei Polunin, in the relentless pursuit of perfection and fulfilment of their potential. The pursuit for perfection sometimes turns harrowing, as is the case with Misty Copeland – the first African American ballet dancer to become principal dancer at the American Ballet Theatre – and her colleague Calvin Royal III. Dedication, steadfastness and beauty – outside, within and around – can be appreciated in the photos of Julia Garner, another model on the calendar, posing as a young botanical photographer set in a lush garden, also smitten with a secret hunger for success.
Therefore, the 2019 Pirelli calendar does not only show naked bodies and princesses looking for Prince Charming, but a desire for emancipation and self-determination. Not coincidentally, its title is indeed Dreaming, where dreams mean more than the usual feminine stereotypes. The four models, immortalised alongside their loved ones, whose importance is always crucial, work hard to achieve their purpose and do whatever it takes to defend the life they have freely chosen for themselves. A calendar that speaks volumes on the evolution of modern society and depicts – with artistic as well as moral perfection – recent years, as well as the one we are about to begin. A mixture of hope, passion, sensuousness, strength and melancholy which makes the 2019 edition one of the most beautiful in recent years, a journey through photos that are actual works of art.