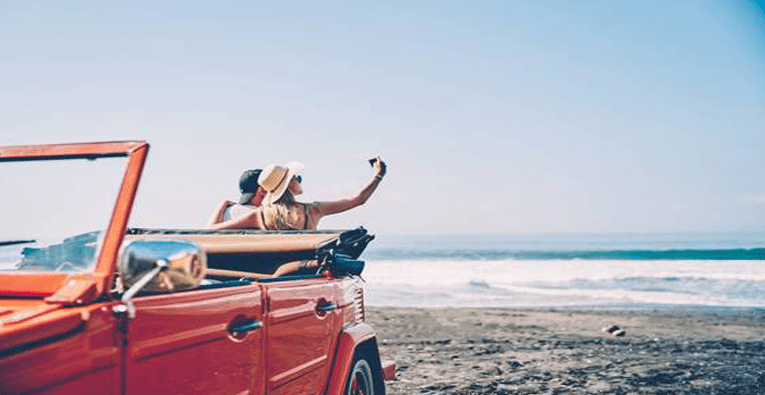 AUTOMOTIVE AND CAR INFLUENCER: THE WORLD OF ENGINES HAS HIS FAMOUS FACES TOO.

… and if in the fashion sector is Chiara Ferragni who reigns, also the engines world has its famous characters!
With the advance of technology, the distribution channels have increased sharply and together with them also the possibility of communicating in different ways. For this reason, over the years, blogs, websites and videos created ad hoc to spread a product, an idea or whatever you want have been born. Among the protagonists of this new way of marketing we find, in addition to the highly qualified personnel operating in important websites or platforms of relevance, the so-called “influencers”, who use the network and its thousands of channels to promote and direct the purchases of the public. In other words, Influencer is a name which identifies a category of characters who are surely growing, capable of “influencing” – precisely – consumers’ buying behaviour.
The ranks of influencers constitute what we might call a large circle in which some subsets have been created and this is how influencers who deal only with a specific sector (micro influencer) and who therefore have a multitude of “selected” followers were born. A niche, within which we address an audience who approach a certain topic.
In line with this perspective, the engines world also has its own group of Italian and foreign “influencers”. The influencers that we must necessarily know in Italy are:

Silvio de Rossi, the cars lover par excellence and also founder of Stylology.it. He defines himself “journalist and blogger” (but more blogger) but above all “controversial, very controversial, too polemical. Missed writer, missed tennis player, missed pallanotista ” and we say ironic for sure.

Luca Talotta, recently awarded among the Top Italian Green Influencers as the winner in the sustainable mobility category.

And women like Elena Giaveri can not miss, a person who thanks to her passion for the engines world is able to grant reliability and credibility. In 2012 Elena Giaveri founded together with Graziella Carta PitstopAdvisor.com, a reference website for car and motorcycle workshops and dealers. Today Elena has specialized herself, becoming test driver for Motorionline, for which she realizes enjoyable video tests on YouTube.

Doug DeMuro: American, the undisputed king when it comes to the “car influencer”, considered authoritative even by the sector magazines. He started talking about cars on the “Play With Cars” blog (which later also became a book). In 2013 he posted his first video on YouTube. Today he has almost 3 million followers on its various channels.

Shmee: from one part of the Atlantic to the other to find Tim Burton (Shmee). It started posting video on youtube in 2006 and then in a more continuative way in 2010 reaching, to our days, about 1 million and a half follower.

Krispy (Chris Petruccio): he began his adventure on Youtube in 2012 by analysing Apple products such as phones, speakers and cases. He gradually developed his passion for engines learning to tell them like he used to do with cell phones and various accessories.

David Patterson: automotive influencer, “gamer” and car enthusiast who runs his YouTube channel under the name ThatDudeinBlue. He opened it in September 2011 and released its first video in June 2012.

In general, car influencers combine the passion they have for engines with the use of both social networks and YouTube. These are mostly articles or, more frequently, video reviews or buying guides. A car influencer, in line with the category to which he belongs, shares his experiences and knowledge with his followers. The competence of the car influencer often comes from the bottom and it can seem terribly easy to start: it can be enough, in fact, to have a cell-phone, a connection and a good silver tongue to be clicked and, why not, also followed and appreciated. Perhaps their shared experience is truly genuine, but what is sometimes expressed contains small or big inaccuracies. It is therefore professionalism that often represents the Achilles’ heel of the influencers.
Besides, starting this career is possible for everyone: the real challenge is knowing how to develop and maintain it. Whit regard to this, high interaction with followers is really important: micro-influencers, including those who often gravitate to the engines world, deliberately build a targeted and therefore a more restricted catchment area. This allows them to have a more direct relationship with the public by interacting and responding more quickly to comments on social media, to questions, etc. thus remaining always active and present. The micro-influencer, therefore, is often a bit like the more or less experienced friend of the next door who, kindly, shares tips that can turn out to be very functional.