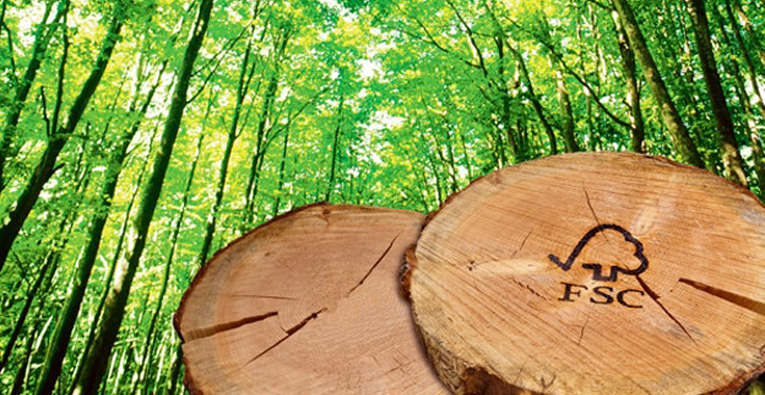 Environmental protection: FSC certification (Forest stewardship Council) and the protection of our forests.

This is vitally important for our planet, essential for the production of oxygen and to purify the air, and equally fundamental in order to protect biodiversity: forests, precious souls of the earth, are one of the fulcrums around which our existence revolves. That is why protecting them is vitally important. Unlike the destructive trend that in recent years has led the world’s population towards a total neglect and carelessness, the defence of the environment is now at the forefront of public scrutiny across the planet. Not only through the actions of individuals (see Greta Thunberg), but also through safeguards promoted by governments & environmental bodies.
Among these, the Forest stewardship Council, the international non-governmental organisation commonly known as the FSC, works to safeguard all the green lungs of the globe, from the closest to the most remote woods and forests. We are talking about an association that, following precise quality standards, gives products and companies an international certification ensuring that the products you buy such as wood and paper are produced in an environmentally sustainable manner. Thanks to the FSC certification, any wood-based product enjoys a high level of environmental, economic and social protection and is at the forefront – among the various objectives – against “violent deforestation”.
We are talking about a certification system whose sole purpose is to spread the culture of “controlled wood”, meaning, with this definition, the material is produced in a totally legal and moral way. The use of wood from forests which have been progressively converted into plantations or areas where deforestation would cause damage to existing animal species and human settlements is therefore prohibited, settlements that would lose their culture and habits. Indeed, protecting forests also means protecting ecosystems and different ways of living. Not only: FSC certified products guarantee a production process in full respect of workers and legality.
Three different certificates are available:

Science fiction? No, it’s reality! If we think that FSC certification is still used on a small scale, to change our mind we will only need to learn to search for it, to find out how widespread it is in reality on an increasing scale. In fact, under the graphic sign of a sort of “stylized tree”, the FSC logo is opened before our eyes. Initially present and diffused only among the giants such as IKEA, today more and more companies are interested in its acquisition.
In the last ten years, Italy has enlisted almost 1,800 certified companies and an increasingly intensive training activity through conferences, courses and anything to disseminate the principles that a non-profit organization pursues. A trend which is, fortunately increasingly on a global scale , and protecting the environment, thanks also to a new sensitivity which has affected at least a part of the world’s population transversally and prompted it to act, for example, as a result of climate change, of which we are active players (cause/anthropic cause) and, together, victims. Investing in green areas preservation, especially in the areas most affected by the devastating human action, such as Africa and Amazonia, is fundamental: places that seem so far away, but whose conditions have perceptible consequences in every corner of the planet. A precious fuel that spreads from trees and forests for thousands kilometres until reaching our lungs: this is what the whole planet needs to continue to exist and that, thanks to realities such as FSC, we’re trying hard to defend.
Fra-ber is working to replace all its paper and cardboard packaging materials in FSC certified products, to help improve the planet.