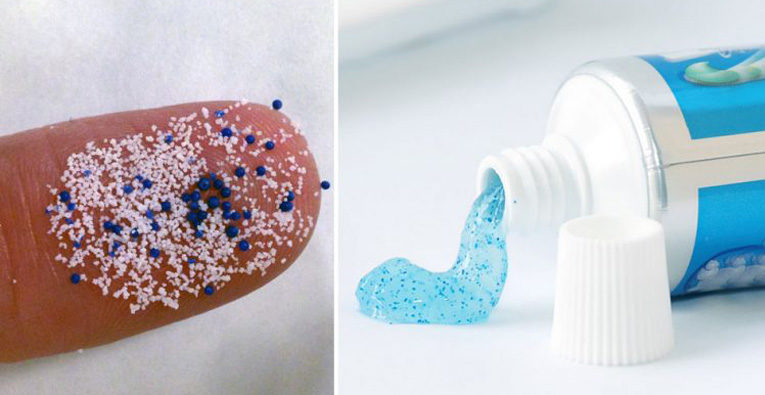 Protect ourselves and the environment in which we live: 2020 is the beginning of a future 100% plastic free.

Functional, multipurpose, versatile, harmful: this is the history of plastic, a material considered at birth as “miraculous” and then became, as the decades passed, one of the greatest enemies of the environment. Plastic, whose birth is dated around 1870 with the patent of celluloid by John W. Hyatt, has carried out its journey towards the future taking on many different forms and connotations. We are talking about an incredibly cheap and durable material whose discovery and use have certainly led to a simplification of our everyday life. From the Greek plastikḗ (tékhnē) or “art that concerns the modelling”, plastic is actually an agglomeration of extremely ductile particles that can be easily created in the laboratory and which can therefore be turned into whatever is required.

PVC, PET, PP, PS, HDPE, …: its structure can be presented in many forms and, by controlling the composition of many objects close to us, it can be found under many incomprehensible acronyms. Yes, because, plastic is produced and used on such a large scale that it literally overwhelms us. Just think, in particular, about our sea, where fauna swims around waste materials such as cans, bottles and much more. Not only: with a time of biodegradation of hundreds of years, the plastic material undertakes in the course of its existence an inexorable and microscopic decomposition. It literally flakes and melts, getting lost in water and soil, and then easily ingested by animals and absorbed by plants. That is why, very often, its waste particles end up polluting not only the environment but also… our stomach.

In the face of an overwhelming problem which has grown with the increase in its use, campaigners and governments have begun to take action. Today, many have awakened consciences driven by the cry of the media and not only (to be mentioned, among others, the activism of the Swedish Greta Thunberg) capable of raising awareness to the population of the world. The impending emergency has intensified the world’s recycling policy, ensuring plastic separation before disposal in conjunction to creating a drive to the inception of the concept of: “Plastic Free” daily living.

Plastic Free.
“Free from plastic” is now a warning that has wide resonance among citizens, but above all it is addressed by precise EU directives. In fact, since July 2019, the first rules for the reduction of disposable plastic have been adopted and, starting from 2021, all disposable objects such as cutlery, plates, straws and cotton-tips will be definitively banned. In conjunction, the same legislation states that, by 2025, at least 30% of plastic bottles will be manufactured exclusively by recycled materials. Each member state is called to apply rules aimed at reducing the consumption of plastic containers, often used for food or drink take-away or to transport supermarket groceries.

Manufacturing and food processing companies are called to align themselves with new directives developing products increasingly free from plastics. Already starting from January 1st 2020, Italy, with the law no. 205 dated 27/12/2017, the marketing of cosmetic products with a rinsing or exfoliating action, or detergent containing microplastics is prohibited. An arduous but nevertheless essential strategy, which has, as its core objective has a noble aim, the preservation of the environment, with a significant positive impact on our health and, more generally, on the quality of life.
Although not yet widespread, it will soon be customary to read the words “plastic free” in many product labels. A drastic change in mentality, requiring massive intervention and extensive awareness-raising.

Not only the components and raw materials of the various finished products, but, as already previously mentioned, the various containers and packaging will have to become plastic free, and so, for example, more and more in schools will ensure children’s, bottles/aluminium flasks for drinks distributed directly (or encouraged) by many Italian municipalities; not only, many companies are activating, or have already activated, in replacing the various plastic components (such as polyfoam, etc.) too often included in packaging.
Choosing durable paper, metal or glass materials is becoming an increasingly important and even obligatory choice: it would be enough to think about the enormous plastic islands present in our oceans or about 620? waste present every hundred linear meters, in our beaches, of which 80% is made of plastic (Legambiente Survey).

A new path.
A strategic direction change that seemed almost impossible, but that has finally begun: a new civic sense is ready, perhaps, to make us better humans. If modernity and technology sometimes seem to overwhelm us, they will probably be our best allies, once again… Therefore, with new laws, a renewed sense, but especially thanks to the companies’ research of new and innovative materials and components, we can really start a new path that can lead us initially to a more conscious use of this material and then, with time, to reach a completely plastic free world.

What did Fra-ber?
Although plastic is an advantageous material when transporting products, Fra-ber is working to comply with all the rules in force and to produce more eco-friendly products, in every aspect (from packaging to formulations). In fact, as a start, two products from our Hands line which are Soap Paste and Soap Glax Gel, have been updated in order not to contain microplastics. The latter were inserted into the products (such as washing detergents, hand cleaning detergents, toothpastes, skin exfoliants, powdered detergents…) to increase the exfoliation effects, abrasion and therefore more cleaning. The micro-plastics, being of reduced dimensions, are not filtered from the depuration plants of the waters, and finally ending up in sea where
Fra-ber have replaced microplastics with non-plastic microspheres that allow excellent cleaning results, without polluting the environment.
In addition, Fra-Ber research and development centre is working to replace virgin plastic packaging currently used in packaging, to material made with a much lower degradation time than virgin plastic and using packaging with already recycled and recyclable material, in order to reduce the environmental impact both in terms of energy and resources.